The Secret of Longevity 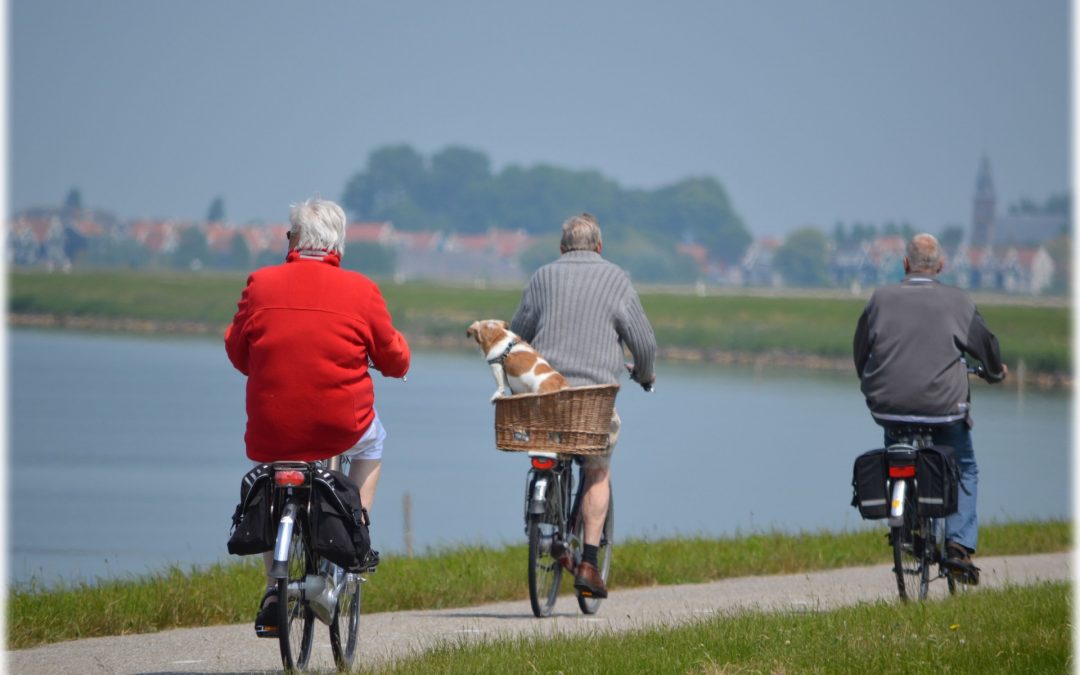 Is there a secret for longevity? That´s what Dan Buettner tried to find out. He teamed up with National Geographic and the National Institute on Aging and spent three years looking for areas around the world where people are living longer. In the end they identified five places that they called Blue Zones which are the following:

In these Blue Zones people reached 100 at rates 10 times greater than in the United States! So for example, in Sardinia is where we can find the highest concentration of centenarian men and still with a very active life (e.g., ride a bike, chop wood). Their secret is simple: they do low-intensity physical activity, their diet is mainly plant-based and the elderly people are part of the community which is not only good for them but also for the children´s health and well-being (“the grandmother effect”).

The eldest female population is found In Okinawa. It´s also here the longest disability-free life expectancy in the world! Besides adopting a plant-based diet, attention is also given to the way they eat. For example, their meals are in smaller plates and they stop eating when their stomach is 80% full. Furthermore, their social constructs are different from what we are used to. In Okinawa there are social support groups, called moais, with whom a person travels through life. There is also no word for retirement. What we can find is the word Ikigai which means “the reason for which you wake up in the morning.”

In Lona Linda the diet from the Seventh Adventist community is taken from the Bible (legumes, seeds, green plants) and their time for religion is taken very seriously. For example, every week and for 24 hours they focus on God, nature walks are an important part of their religion and they have a strong social network. Dan met people such as Ellsworth Whareham who, at age 97, still did 20 open-heart surgeries per month or Marge Deton who, at age 105, started her day with weight lifting.

So what are the common denominators among all places? The team identified 9:

1. Move naturally: interestingly, the world´s longest-lived people don´t run marathons or go to the gym. They set up their lives in a way that they are constantly involved in physical activity. For example, they all tend to have a garden.

2. Purpose: they have specific vocabulary for sense of purpose, for example, ikigai for the Okinawans. Knowing the sense of purpose is worth up to seven years of extra life expectancy.

3. Down shift: stress triggers an inflammatory response, so to handle with stress Adventists pray,  Sardinians do happy hour and Okinawans take a few moments each day to remember their ancestors.

4. 80% rule: the Okinawans eat until their stomach is 80% full as I mentioned before. Besides, people in the Blue Zones have their last meal in the end of the afternoon or early evening which is also the smallest.

5. Plant slant: legumes are the foundation of most centenarian diets. Meat is eaten, on average, only five times per month.

6. Wine @ 5: people in all Blue Zones, except Adventists, drink alcohol moderately and regularly (1-2 glasses a day with friends and/or food).

7. Belong: most centenarians who were interviewed (258 out of 263) belonged to a faith-based community. It actually seems that attending faith-based services four times per month can add 4-14 years of life expectancy.

8. Loved ones first: family is a priority which means that the elderly live nearby or with their loved ones, they have a lifelong partner (this can add up 3 years of life expectancy) and there´s time for children.

9. Right tribe: they were born into or chose to be part of social circles that promote healthy behaviors, such as the moais in Okinawa.

In the end the team concluded that the average person could increase their life expectancy by 10-12 years by adopting a Blue Zones lifestyle.

What are your thoughts on this? Is there any change you would like to do in your life?